BRIDGE HISTORY Listed on the National Register of Historic Places in 1989, the 10th Avenue Bridge in Minneapolis features seven reinforced
concrete arches to span the Mississippi River. The historic 1,141-ft (348 m) open spandrel column arch structure carries over 10,000 vehicles daily, as well as hundreds of pedestrians and cyclists between downtown Minneapolis and an area dominated by the University of Minnesota on the east bank.

We got a call from one of the local drilling contractors, Braestone Rockworks to check out a shotcrete shoring project down at Deep Cove
in North Vancouver, British Columbia.

The M4-M5 Link Tunnels in Sydney, Australia, is approximately 7.5 km (4.7 mi) long and accommodates up to four lanes of traffic in each direction. It connects the New M4 Tunnels with the M8 Tunnels to form the 33 km (20 mi) long Westconnex Motorway, mostly underground.

Where Form and Pour Stops

Though our primary business, Revolution Gunite, specializes in dry-mix process shotcrete, we also own a design firm called Waterforge, Inc. In this firm, we develop architectural conceptual plans and engineered construction drawings, mostly for swimming pools and other
watershapes, including foundations and complicated site conditions.

In the summer of 2018 Morningstar Homes retained GeoPacific Consultants for the geotechnical design of a proposed development of 109 single family residential lots.

Magnificent. A beautiful sight to see, the project CROM calls “The Wave Wall” stands tall in the new Steinmetz Hall at Dr. Philips Center for the Performing Arts, located in Orlando, Florida. CROM was one of the many contractors working in close proximity, under
the direction of HKS Architects Inc. and the general contractor, Whiting Turner. The project included construction on two different structures: the Wave Wall and Egg Wall.

This project came to fruition when the homeowner enlisted us to create a unique pool that was inspired from the natural rock in the Squamish/Whistler area of British Columbia. The client had a vision of a pool that would remind them of when they would hang out in the local river pools of the glacier runoff amongst the waterfalls. However, not freezing their toes off with melted glacier water would be
the best perk on their backyard pool.

Artistic Shotcrete Use in Exhibit Fabrication

The zoological and aquarium industry has been successfully using shotcrete placement within animal habitats for several decades. The flexibility and durability of shotcrete provides natural settings that allow for better animal enrichment over caged habitats. Zoo guests also benefit from viewing animals in a more organic habitat where the animals exhibit their natural behaviors

UMA is working as a geotechnical subcontractor to a Fluor-led joint venture (JV) with United Infrastructure Group, UMA to Break NCDOT Record for Largest Square Footage of Soil Nail Wall By Brian DeSpain, President, UMA Geotechnical Construction Inc. The project, formally known as NCDOT I-26 Exit 40 to I-40 Interstate Expansion Project, will help to alleviate traffic congestion and improve the safety and operational efficiency of this vital stretch of interstate in the Asheville area.

Wet-mix shotcrete has been used more and more for structural applications in the past few decades. Recently, wetmix shotcrete was successfully used to construct a mass structural wall with congested reinforcement and minimum dimensions of 1. 0 m in a sewage treatment plant.

UMA was contacted in January 2021 regarding a residential pool in Winston-Salem, North Carolina that was experiencing settlement issues in the shallow end. Prior to UMA’s involvement, Catawba Valley Engineering & Testing (CVET) conducted soil test borings at the property to determine the in-situ soil conditions.

Is your back trying to tell you something?

Construction has a back problem. After the common cold, back pain is the most common reason why construction workers miss work. Worse, lower back injury is the single leading cause of long-term workplace disability. The back pain crisis plagues the construction industry. Why? It is the physical heavy work that is typical to active construction work.

I n early September of 2019, Gulf Coast Underground (GCU) received a call from the City of Baton Rouge and their construction manager, Jacobs Engineering Group (JEG). There was an issue at the South Wastewater Treatment Plant that would require a unique contractor skillset to properly repair. The problem was that the cast-in-place influent structures receiving 65 million gallons (246 ML) of sewer flow daily, were corroding and needed to be repaired quickly

Slump - The Most Misunderstood Characteristic of Wet-Mix Shotcrete

If asked, could you accurately explain why the choice of slump is so important to a wet-mix shotcrete material’s hardened properties?

The Park Avenue Tunnel, formerly known as the Murray Hill Tunnel, is a 1,393-foot-long (425 m), 16-foot-wide (5 m), 9-foot-tall (3 m) thoroughfare traversing six New York City blocks. The tunnel was originally constructed in 1837 as an open rock-cut, with a brick arch constructed over the cut in 1854 to create the tunnel profile. For the next 150 years, the tunnel would be plagued with issues ranging from mechanical system failures to liner wall leakage due to the soil volume above, which is where the idea of shotcrete stabilization was introduced within the project scope.

People have been traveling to the small Caribbean island of Barbados to surf the ever-present waves arriving across the Atlantic for as long as humans have pursued wave riding. The same can be said about skateboarding as the parish of Christ Church now boasts a regional concrete skatepark! This was a long and thorough process shepherded by a consortium of firms and associations, all working to provide the Bajans a modern concrete skatepark through proper planning and processes. This all began with one phone call from Paul Wilson, a local skateboarding advocate with the tireless passion to bring proper skateboarding to the youth (of all ages) of Barbados.

The ASA President’s Award was established in 2005 to recognize a person or organization that has made exceptional contributions to the shotcrete industry. It is the sole responsibility of the immediate outgoing President of ASA to select the recipient of this award. Since 2006, 14 well-deserving individuals and one organization have been awarded the ASA President’s Award, all of whom dedicated their time and energy to advancing the shotcrete industry. For 2020, at the virtual Sixteenth Annual ASA Awards Celebration, the immediate outgoing President of ASA, Ryan Poole, presented this award to Lars Balck, for his exemplary leadership in the shotcrete industry, advancing and facilitating the mission of ASA.

When you are faced with a project with limited access, material delivery by helicopter, the nearest personnel access is 5 miles (8 km) away, and the closest outside access to the shotcrete placement location is a half mile away, the only solution to handle all of these issues is shotcrete. The Poe Tunnel is a 15 mile (24 km) long tunnel in the foothills of the Sierra Nevada Mountains and is in an area of steep canyons. The tunnel transports water from a forebay on the North Fork of the American River to the Poe Powerhouse where electrical power is generated. The tunnel is almost 20 ft (6 m) in diameter and was constructed in the 1950’s.

Shotcrete was essential to create the smooth flowing transitions, curves, and blends required in the construction of the Hale Park Skatepark in Wenatchee, WA. All of our skateparks, including Hale Park, are constructed of steel reinforced shotcrete with a minimum 28-day compressive strength of 4000 lb/in2 (28 MPa) – often breaking over 5000 lb/in2 (34 MPa) in just 7 days. Using proprietary techniques and products, developed over the years, we can form and sculpt shotcrete into virtually any shape imaginable. This gives us the ability to produce any skate feature requested or imagined by the project stakeholders. 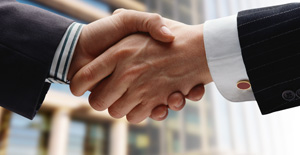